Grupa LOTOS S.A. is Poland’s second largest company and one of the leaders of the petroleum industry in the country. The company’s share in the Polish fuel market amounted to 35.1% at the beginning of 2012. Grupa LOTOS S.A. is the only Polish company to conduct exploration and production activities in the Baltic Sea. In this field it is also active on the Norwegian continental shelf and in Lithuania.

Last year the Group received the prestigious title “2011 Refinery Plant of the Year Award”. Grupa LOTOS S.A. takes an extremely responsible approach to contemporary challenges facing the governments and societies of the developing countries of Central and Eastern Europe.

This shared responsibility for the development and gradual improvement of living conditions of citizens are recognised by the company in its development strategy. This strategy covers the period 2011-2015 and also outlines development directions up to 2020.

This is a realistic and at the same time responsibly prepared vision for growth in value of LOTOS over the next ten years. This will be a sustainable development, based on the solid foundation of achievements to date, whilst at the same time boldly opening new directions. That is why the exploration segment and oil production remain the strategic priorities of LOTOS for the years 2011-2015. The company will continue to be engaged in related to this in Norway, Poland and Lithuania.

The production of 1.2 million tonnes of oil annually is planned for 2015. The company, consistently with decisions related to the execution of its upstream strategy, chooses regions of low and moderate risk (including legal, political and socio-cultural risks). That is why LOTOS does not undertake work in exotic regions of the world, concentrating on Europe. Thanks to its investments to date, today the company is producing oil from the Baltic and in Lithuania, and is also undertaking exploration work and preparing for production in Norway. Sustainable development has become a planning doctrine, for years effectively followed by the management of Grupa LOTOS S.A. Programme 10+, a huge investment programme worth over EUR 1.4bn and successfully completed in 2011, created strong foundations for lasting, systematic, innovative and pro-ecological growth. This is a lasting element in the process of building a large, modern oil company in this part of Europe.

The company’s strategic road map should lead it to 2020. By this date LOTOS should possess its own reserves equivalent to 330m barrels of oil and will increase its production to 100,000 barrels daily (5m tonnes per annum).

Today LOTOS is becoming one of the most modern oil companies in Europe with a consistently growing market share, creating new value for shareholders, effectively managed and environmentally friendly. The international position of LOTOS is strengthened through its unyielding commitment to building energy security for Central and Eastern Europe.

The company is the initiator of discussions and meetings serving to work out solutions which are key not only for the refining sector, but also for building a common potential for the energy sector of the EU countries. Potential, which translates into the development of other sectors of the economies of member states, especially in our part of Europe.

The idea behind LOTOS’ activity in this field is to convince other members of the EU that in the energy sector, a strategic pillar of development, the Community’s foundation should be the joint resolution of problems of supply and the use of energy sources, as well as active and mutually beneficial co-operation.

Security in the energy sector

Grupa LOTOS S.A. is and wants to be an active participant in discussions in the field of energy security and initiator of changes. In the opinion of its managers, a common European discussion on the future of energy is today essential, but it must lead to something concrete, to choosing the best solutions. That is why, on the initiative of Grupa LOTOS S.A. and its CEO, Paweł Olechnowicz, Central Europe Energy Partners (CEEP) was established in May 2010. This is the first association, also the first industry organisation from Central Europe, to have a permanent representative offices at the European Union – in Brussels and Berlin.

This wide platform for exchanging information has become actively engaged in supporting the legislative process in the energy field. The ambition of CEEP, whose members are corporations, scientific and research organisations and other organisations from Central Europe, is to play a key role in the initiation of and commenting on European Union directives. It is worth mentioning that the partner of Grupa LOTOS in CEEP is Achema Group from Lithuania. CEEP also undertakes analytical work, scientific studies and prepares opinions in order to formulate solutions satisfying the interests of the entire EU in the field of energy development and energy security.

The position of CEEP is that every country of the EU should have the possibility of utilising its own energy resources, and that the European Commission should review how proposed solutions affect the situation of consumers and the economies of member states.

Grupa LOTOS appreciates the open approach of the Lithuanian government to co-operation in the hydrocarbons upstream sector. The responsibility of the Lithuanian administration for the effective construction of an energy security system for the country translates into a proper approach to joint investments.

This co-operation is already delivering tangible mutual benefits. Thanks to the acquisition of 100% of the shares in AB Geonafta, currently AB LOTOS Geonafta, the group gained access to onshore oil deposits in Lithuanian. In 2011, four exploratory and production wells were drilled in the country. The main activity of AB LOTOS Geonafta is exploration and production of oil.

The company’s suppliers and partners include the world’s leading majors. LOTOS Geonafta also co-operates with Lithuanian and foreign scientific institutes and universities. The company’s employees come with many years of experience in the exploration and production of oil, as well as in other areas related to production from Lithuania’s mineral resources.

They have studied among other things the potential for utilising geothermal energy as well as possibilities of storing gas. Through the co-operation with its Lithuanian partners, Grupa LOTOS has gained competence in the area of onshore exploration and production of hydrocarbons and has significantly increased its own production. But the group has also brought to Lithuania its experience in the field of hydrocarbon production acquired by LOTOS Petrobaltic as part of its co-operation with the largest oil majors in the world.

In its current operations AB LOTOS Geonafta fully utilises the competencies and experience of Lithuanian geologists and oilmen, exchanging with them the experience of its Polish specialists. Exploratory drilling for shale gas is planned for this year. Shale gas discovery and subsequent production could materially increase Lithuania’s energy security.

According to data from the US Energy Information Administration, shale gas deposits are located in the south-western part of Lithuania, and extend towards Poland and the Kaliningrad Oblast. The deposits should be located at a depth of 1.5 to 2km. It is estimated that shale gas would satisfy the country’s needs for 30-50 years. LOTOS’s plans for this year call for the selection of partners for the exploration and production of shale gas.

This is a very important task because of the need to guarantee adequate financing for exploration and for the later financing of gas production. LOTOS intends to drill one borehole in Lithuania in search for unconventional gas and to establish the potential of shale gas deposits. It will cost approximately 10m litas (over PLN 12m). If LOTOS finds partners to undertake these activities then it is very likely that further boreholes will be drilled this year. The concern is seriously interested in obtaining further concessions in Lithuania.

However these decisions will depend on the conditions for granting the concessions. The attitude of the Lithuanian authorities until now bodes well for the future of the process of searching for shale gas. The government is very interested in shale gas production and has declared its assistance with this project.

Lithuanians are very positive about the activities to date of the Polish company in their country, seeing the further development of LOTOS’s activities in the field of hydrocarbon production, and potentially shale gas, as a source of benefits for Lithuania’s economy as a whole and the energy sector in particular.

At the same time, they appreciate the share LOTOS has in building Poland’s energy security and count on the effectiveness of these activities in their own country as well. The result of a professional approach to the requirements in the area of acquisition of energy resources is the proper adaptation of the legal framework to the new situation by the Lithuanian administration. This has already brought results. Today the Lithuanian laws allow for the commencement of pilot work in the area of shale gas exploration. The Lithuanian government has also declared that a tender for shale gas production will be announced before the end of this year. Both sides have no doubt that, thanks to the active and pro-development approach of LOTOS, Geonafta is well prepared to participate in such projects. On the other hand, Grupa LOTOS with its previous experience and acquired competencies offers the other partners guarantees for the success of projects undertaken. 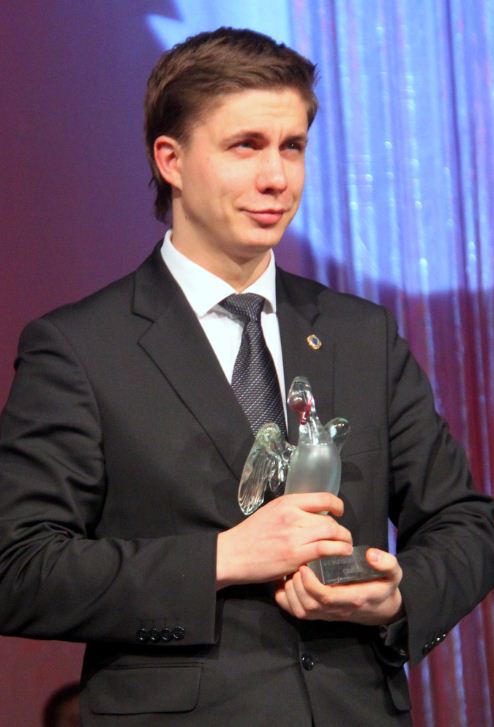